Conrad Burns still has a gift for affability. And he keeps sharp with a group of buddies he meets for coffee every weekday morning near his home in Billings, where Scott McMillion and I found him one morning this past summer. McMillion wrote a wonderful profile of Conrad Burns in the fall issue of Montana Quarterly.

Burns spent 18 years as a Republican U. S. Senator from Montana and during that time he rankled more than a few feathers. But say what you like about Conrad’s conservative outlook, his Republican voting record and his “rustic mannerisms,” as McMillion calls them, Burns actually did a lot to protect Montana wild places.

After Burns, now 78, lost to Democrat John Tester in 2006, he suffered a stroke in 2009 and spends a lot of his time in his Billings home, filled with plaques and pictures from his time in Washington… 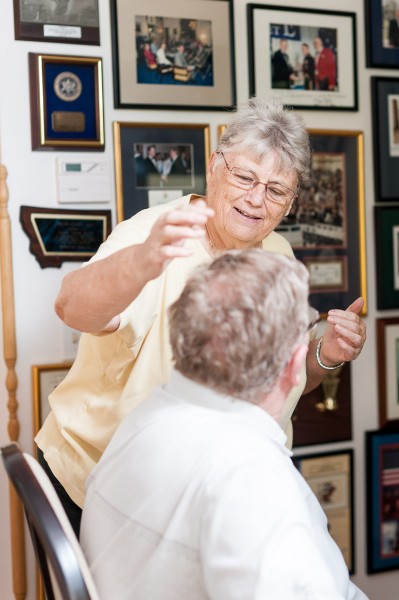