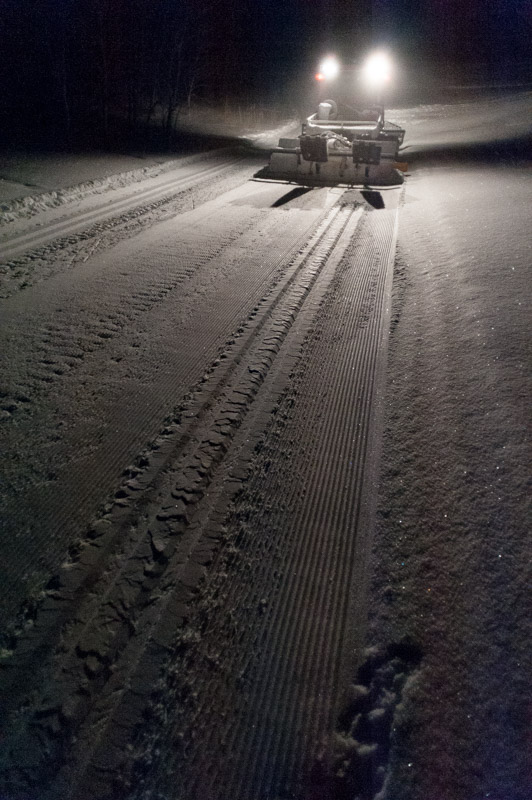 The nights are long now in Bozeman, and we’ve had a lot of snow and cold, so we’re lucky to be able to boast a first-rate nordic ski trail system that’s within our city limits. That doesn’t come easy or cheap, but thanks to a lot of effort and a willingness to work through subzero nights on a regular basis, it happens.

Bob Seibert started voluntarily grooming a nordic trail near Bozeman when he moved here in 2005 with a snowmobile pulling a track setter. In his final winter season, 2016-17, he drove the Bridger Ski Foundation’s  PistenBully grooming machine worth in excess of $100,000.

Kyle Marvinney moved to Bozeman from Maine to take over the grooming responsibilities from Seibert. Marvinney checks the fluids of the PistenBully before each use — part of a careful maintenance  program designed to make the expensive machine last as long as possible.

Even at night, groomers can encounter skiers on the trails. That’s bad for grooming, Seibert says, because the snow needs several undisturbed, un-skied hours to set up properly for optimal ski conditions.