Times are tough in Colstrip, Montana, where most of the town’s economy is dependent on coal, mined nearby and burned to create electricity at the power plant in town.

“It’s steam,” residents assure a visitor photographing the vapors emanating from the Colstrip power plant. Many in Colstrip are sensitive to the perception people may be getting from the town’s strip mine and power plant. They’re afraid visitors on a cold day will see plumes of smoke over the power plant and think it is all pollution. They worry that no one talks about all of the landscape restoration the mine does after it removes coal from a seam. They worry that pictures of dozens of tons of dirt being moved at once will make the mine look too dusty, despite the water trucks in evidence spraying the ground on a January morning.

Ninety tons at a time, one of the drag lines at Colstrip’s Rosebud Mine removes overburden dirt to uncover a coal seam. Coal is the central economic force behind Colstrip and its history. Colstrip supplied the coal used in Northern Pacific locomotives in the 1920s, then the town nearly died when trains began running on diesel. In the 1970s, construction began on the power plant and once again, Colstrip bustles with life — for now. 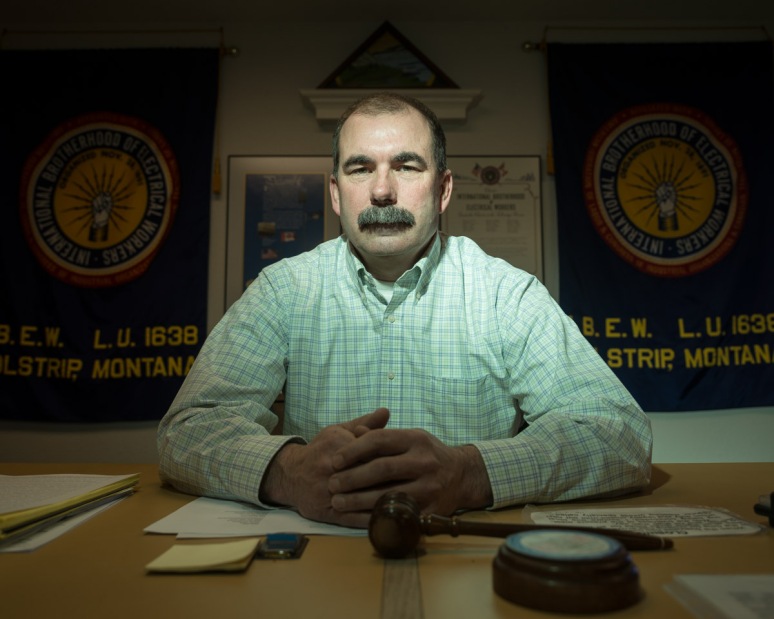 Rex Rogers manages the International Brotherhood of Electrical Workers in Colstrip. Colstrip is a company town and that company mines coal and then burns it to make electricity. Efforts to curb the use of fossil-fueled electricity are threatening the livelihoods of Rogers and the workers he represents. 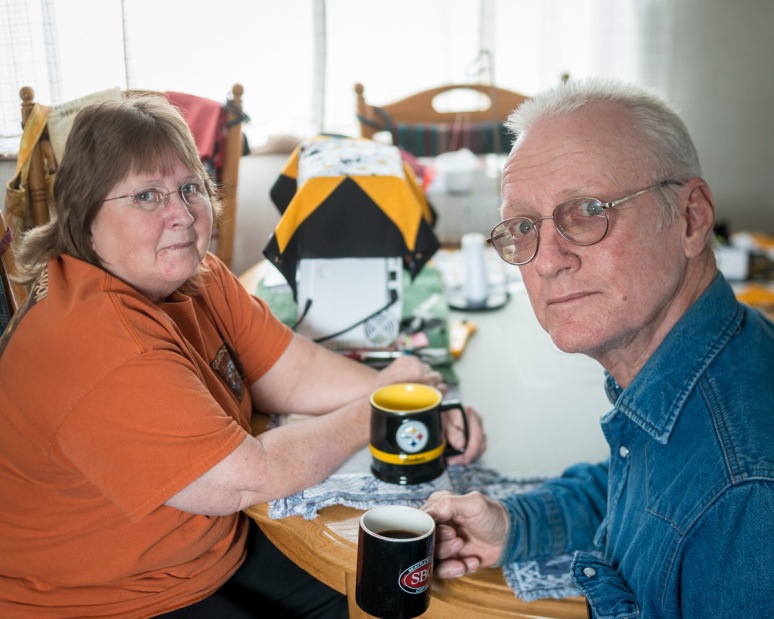 Mary Ann and Bob Whitehead are both retired from the Colstrip power plant. They live in the mobile home they’ve had since 1980, where Mary Ann has converted the dining room into a quilting studio for her new hobby. They tout Colstrip’s many parks and the local golf course, recreation center and gun club which cost residents little or nothing to use. All thanks to financial support from the mine and power plant.

In addition to free membership at a local nine-hole golf course and a park for every 100 people in Colstrip, residents can freely use the well-equipped recreation center, where 49-year-old Tammy Robinson teaches a fitness class. Robinson’s husband and oldest son both work at the power plant. “I’m nervous about the whole thing,” she says. “I’m nervous about where Colstrip is headed.”

Engineer Bill MacFarlane, 72, says he worked at the Rosebud coal mine for 30 years, assembling the giant drag lines that can weigh 6 million pounds and more. But his roots are in Havre, he says, where his grandparents were farmers. “The land meant a lot to us,” he says.

Electricity prices are being driving down by the availability of cheap natural gas, and both Washington and Oregon have passed legislation that will gradually phase out the purchase of coal-fired electricity. And the federal Clean Power Plan threatens to impose more stringent regulations on what — besides the steam — comes out of the Colstrip smokestacks .