Not too long ago, I posted some pictures of things that were rich in meaning to me, while not necessarily materially valuable. I’ve put out a call for others to share some of their favorite things (that call is still valid, contact me here). Here’s what came in:

One friend shared this 25,000-year-old bison skull he found while paddling on the Porcupine River in the Yukon. He says the skull represents a window to an ancient landscape, a window on the evolution of a place, a reminder of our tiny fraction of time here on earth. Holding the skull, he says he can imagine being on that same river and seeing these spectacular creatures. 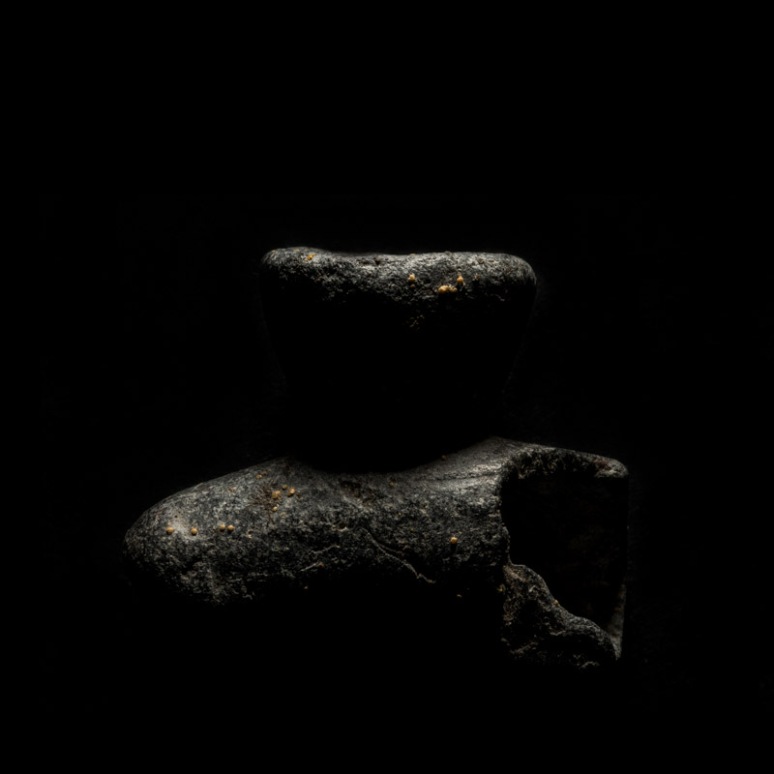 That same friend found this pipe on a family expedition to the Kazan River in extreme northeastern Canada. He says the pipe is a window on the past culture and heritage. He says it’s comforting and reassuring to know a robust people lived in that country.  There were births, deaths, happiness, sadness, suffering and prosperity. They saw that same ground, listened to those same rapids. He says it takes his family out of survivor mode and into living mode.

Another friend brought this dung ball back from central Tanzania in 2005. He said a dung beetle rolled up some elephant waste into a ball and laid her eggs inside. There was a brush fire that washed over the ball, burning the outside. A honey badger then came along and broke the ball open and ate the larvae. “Think about all of the ecology that had to come together for this to happen,” he says. The dung ball reminds him of the bush and is an artifact of a fleeting world — elephants in that area are dying out.

And he also shared this little basket of rocks that he found on the Ilusi River in the Tanzania bush. He says native fishermen would travel to river from far away — too far to carry weights — and then fashion baskets like this to weigh down their nets. He says the window in which these baskets are being made and used is closing all too rapidly.

Finally, this double-barreled shotgun isn’t necessarily a fine piece of craftsmanship. It’s owner no longer uses it. But it’s still a cherished treasure. It was a gift to the owner from his now deceased grandfather — the only physical reminder he has of the special relationship they shared. It speaks to their hunting legacy, the special tie between the men of his family.