At the turn of the 20th century, the U.S. government and the Northern Pacific railroad wanted more people to head west and homestead. In 1904, the Crow Indian tribe ceded a large portion of their reservation to the U.S. government. Though close to the Yellowstone River, the land was dry and difficult to farm. So in October 1905 the U.S. Bureau of Reclamation began construction on the canals of the Huntley Project Irrigation District, named for the Northern Pacific rail station of Huntley. The first water from the project made it to farmland for the 1908 growing season and the towns of Worden, Ballantine and Pompeys Pillar were soon plotted at about six-mile intervals to the east along the railroad.

Dale Bilyeu is the part-time manager of the HPID. He’s been a rancher and farmer in the Huntley area for more than 40 years. His economic life has been tied to the water the project delivers.

In May 2011, Bilyeu’s livelihood — and those of his neighbors — had a big problem. Less than two miles downstream from it’s diversion dam in the Yellowstone River, a 100-year flood event  knocked out a syphon that channeled river water beneath Pryor Creek and into the irrigation canal. Five hundred thousand dollars was needed to make a temporary fix for the 2011 irrigation season, Bilyeu says, then $2.3 million to install a new, sturdier version of the syphon.

Most of the irrigation in the Huntley Project is in the form of gated pipe, which sends a flood of water through the furrows of a field of crops — mostly feed corn, sugar beets, malt barley, hay and alfalfa in the area.

Adam Vogel manages the gated pipe irrigation system Vogel Land and Cattle uses to irrigate their feed corn fields near Ballantine. Vogel says he runs water for 8 to 12 hours from the irrigation canal out of the pipe into the fields about four times each year, depending on conditions. The water runs downhill through the furrows of the fields, ultimately winding up back in the Yellowstone River.

Vogel, 30, says he has spent all of his life in Ballantine, but when people ask where he’s from, “We just tell people we’re from Huntley,” he says. “You say you’re from Ballantine, nobody knows where that’s at.” 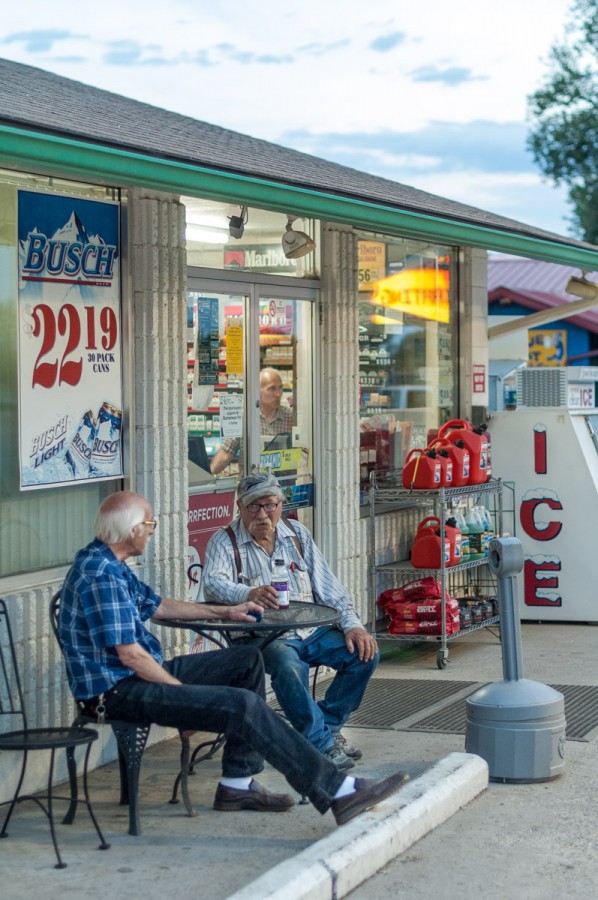 The Express Way convenience store is a big gathering spot in downtown Huntley, population 446. Jim Clarkson, left, visits with Bud Sherrodd, a farmer and construction contractor who who says he spent a portion of that day digging a hole for a friend’s new septic system in Huntley. 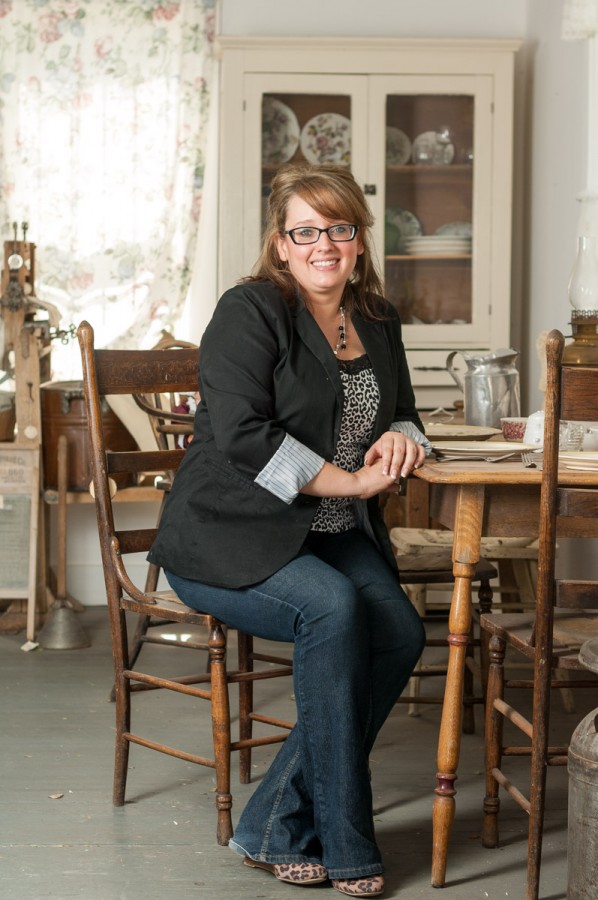 Melissa Koch, 28, grew up in Portland, Ore., but visited Huntley often on family vacations. When her dad moved back to Huntley, Melissa followed in 2009.

“It was a culture shock, I’ll give you that,” she says.

Many of the present settlers of the HPID stop in at one time or another to drink coffee or beer at the Dark Horse Saloon in downtown Worden. Dick Miller, reading the paper just before the second shift of coffee drinkers steps in, owns the Dark Horse with his wife, Dixie.

Dixie Miller, visiting with the afternoon coffee shift, says the back bar and nine others like it were stolen off of a train near Roundup in the early 20th century. By 1913, she says, the bar had been floated up the Yellowstone and installed in its present location. She says coffee drinkers come into the bar at 5:30 a.m., 7 a.m., 10 a.m. and again sometime between 2 p.m. and 3 p.m., “depending on how their naps went.” 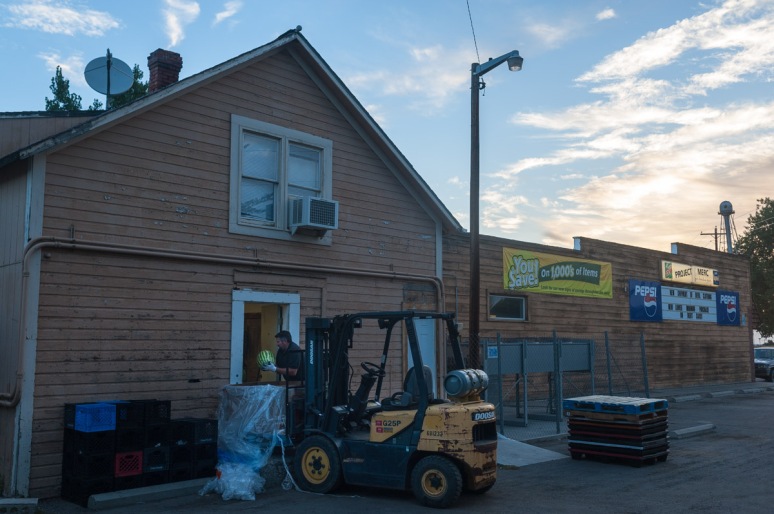 Around the corner from the Dark Horse is Michael Reiter’s Project Merc grocery store. Reiter, 49, says he grew up on his grandparents’ homestead nearby and began working for the store at 14. He bought it 10 years later.

He says he works 12- to 14-hour days six days a week, then often pops in on Sundays just to see if he’s needed. When I found him as the sun was rising on a late summer morning, he had been unloading produce for nearly two hours at the back of the store.

Reiter and other businesses in the community face challenges from proximity to the big box stores of Billings, a city of more than 100,000 people less than an hour’s drive away. And when the school that serves the Huntley, Worden and Ballantine area burned down five years ago, things looked especially bad.

But the school was rebuilt and open three years later, showing a commitment to maintaining a living, breathing community.

“I provide a service to our community,” Reiter says, “to make sure we have a store in our town.”