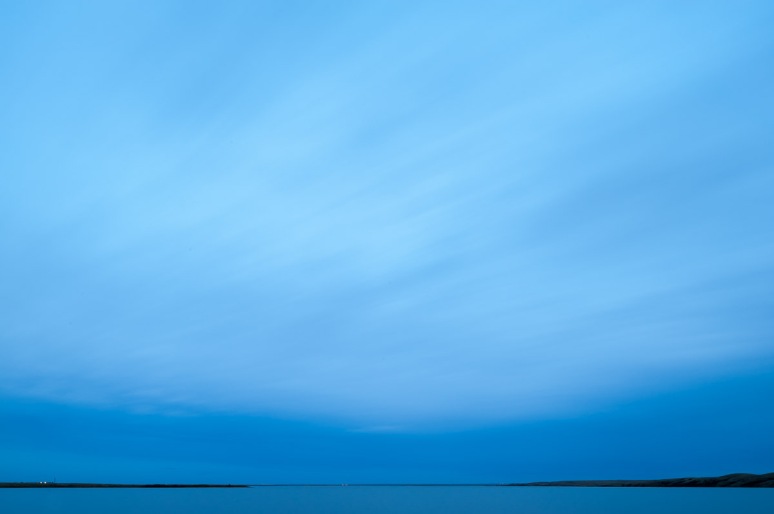 There’s a whole lot of empty up in northeast Montana. And that’s how people like it, I’m told. Medicine Lake is  a town, a body of water, and a national wildlife refuge. I was lucky enough to be sent up there a few months back for Montana Quarterly magazine.

The wildlife refuge was established in 1935 to provide breeding and stopover habitat for migratory birds. 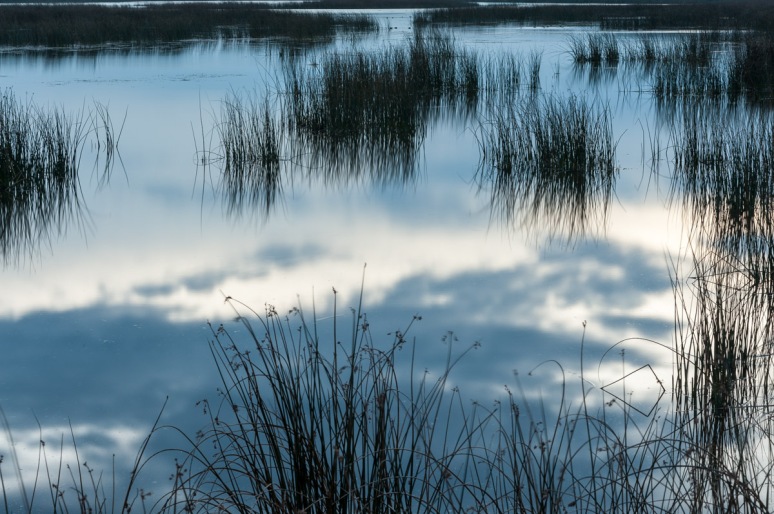 Medicine Lake the town touts its outdoor recreation, the ample wildlife, but the nearby Bakken oil field is seeping into its economy.

Oil, a part of the economy of northeast Montana since the 1950s, has played a much bigger role in the last five years. And that brings something of a boom to Medicine Lake, attracting new people, new trades. 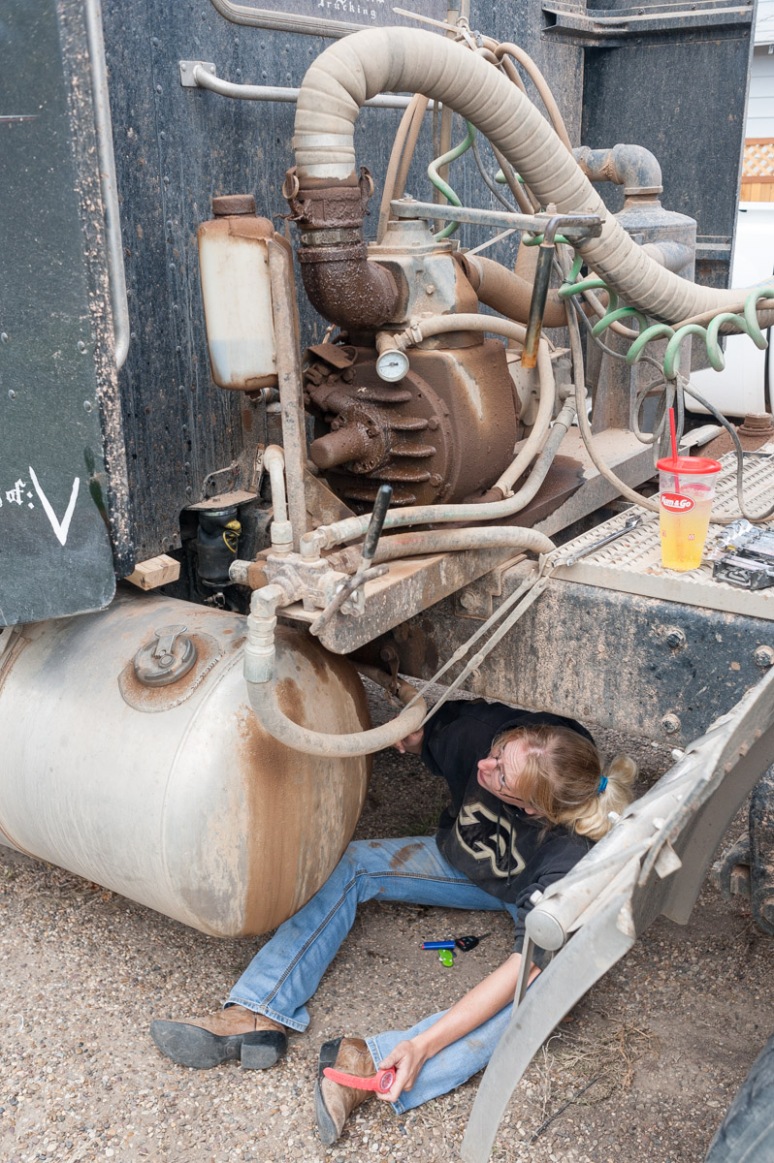 This is Edie Burris working on one of the Wignall’s Trucking rigs in Medicine Lake. The trucks haul water in the Bakken oil fields. “They welcome everybody here,” says owner Bart Wignall, who moved his water-hauling to Medicine Lake from Utah four years ago. “They made us feel part of the family,” he says.

Sandra Trupe, left, manages the Honker Pit restaurant and Jodie Fuhrer, right, is her assistant manager. Trupe, a lifelong Medicine Lake resident, met Fuhrer when Fuher and her husband moved to town recently. They say they quickly became fast friends. Fuhrer says her husband commutes to Williston, N.D. every day to work in the oil field. She adds he turned down a promotion that would have required moving to Willistown.

From left, Betty Hendrickson, one of the 15 owners of the Laketonian Cafe, confers with manager Jennifer Clarendon and cook Monica Nelson inside the cafe. Clarendon, 37, said she took over the cafe less than two weeks earlier, after leaving a waitressing job in Plentywood.

Raygen Metcalf, 9, plays tetherball after school. As the oil industry brings more people to Medicine Lake, it also brings more children to the school system, though some say not many. 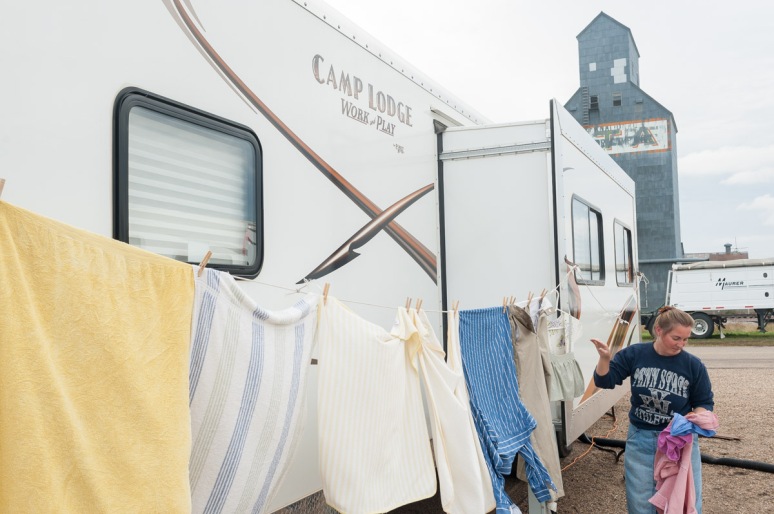 But northeast Montana is still wheat country. Even the folks camping in Medicine Lake aren’t all working in the oil fields. Mandy Hege takes in the Amber Waves Harvesting custom cutting crew’s laundry from around one of their campers. Hege says the company, based in Malta, bounces around between Texas and Montana with its 10 custom harvesters and was in Medicine Lake to harvest wheat for a couple of weeks.

Booms come and booms go. Long-time residents like the Smith family have a rich history on this land. Above, Doug Smith, a Sheridan County planner, digs up a few potatoes in the family garden. Doug lives on the family farm with his brothers, their families, and the family patriarch, Big Ed Smith, 93, who grew up on the farm his grandfather settled in 1903 and got his nickname as a 6-f00t, 5-inch pitcher for the Dagmar Danes baseball team.

“We’re more or less isolated out here,” says Smith. Smith ran for governor in 1972 and he and his wife have been married 68 years. “We’ve had a wonderful life and raised four nice sons,” he says. “You go the extra mile and you’re rewarded.”

Richard Hendrickson, 81, says there have been a lot of changes to Medicine Lake over the years. Farming has become far more mechanized, 30 students now sit in classrooms where there were once 100, and he remembers when diesel fuel was nine cents per gallon. The oil business has brought some new families to town and picked up the local economy a little over the last five years, he says. “That’ll end some day. This oil, it isn’t going to last forever.”