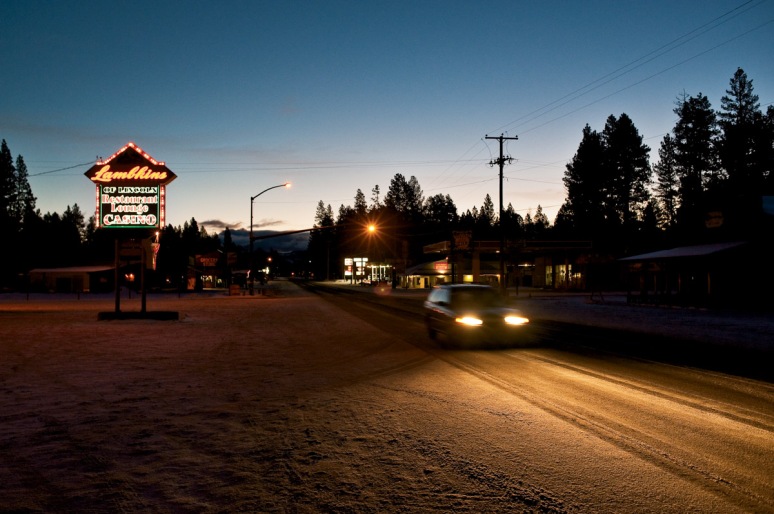 Lincoln, Montana, sits along the Blackfoot River just over the Continental Divide. And like many small towns in Montana, Lincoln has seen better days. One life-long resident remembers growing up in Lincoln the ranching and timber community.  “That’s pretty much gone now,” Brent Anderson, 58, says. “What keeps the town alive now is Highway 200 because we’re half-way between Missoula and Great Falls.”

It’s a town looking for a new identity. “Lincoln needs some industry, some kind of jobs,” Anderson says. 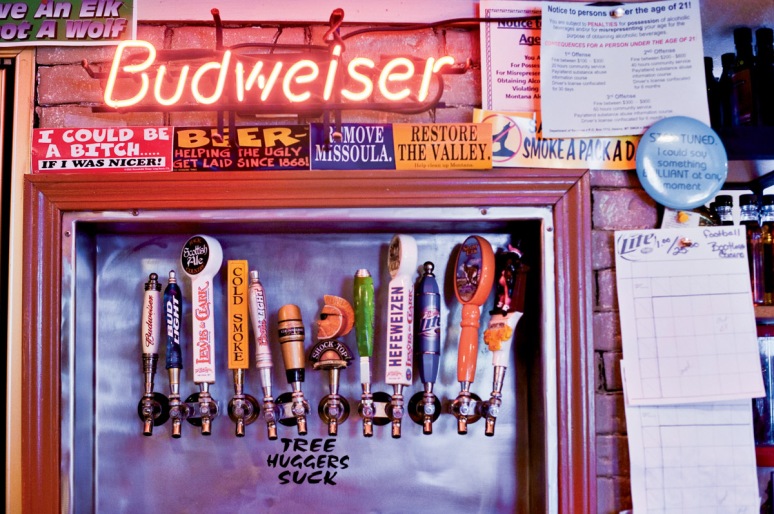 And Lincoln’s Bootlegger bar shows the conflict involved in the changing economy. Long a place where environmentalists were seen as a threat to the local livelihood, Lincoln is now looking to its dramatic scenery as way to draw in tourists. But under the taps for what owner Vicki Krause calls, “greenie beers,” old attitudes linger. “I’m entitled to my own opinion,” Krause explains. “We serve everybody. As long as they’re not offended, I’m not offended.” 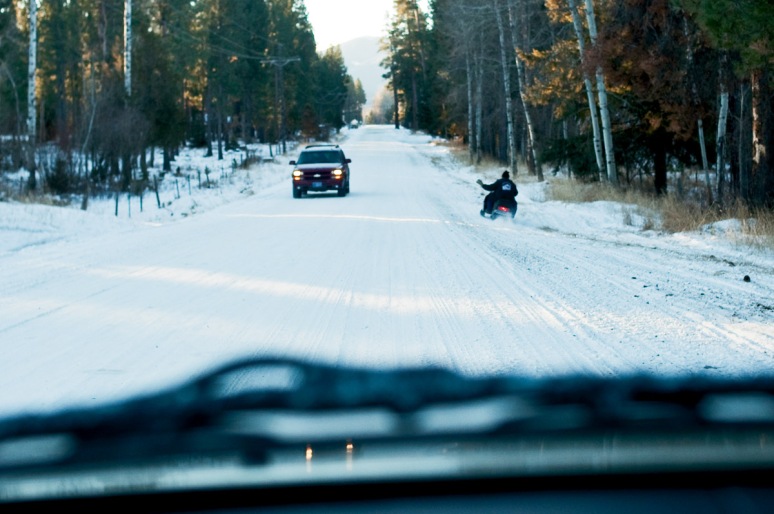 “Snowmobiling in Lincoln is the winter sport. It brings business into town,” says Steve Tjaden of the Ponderosa Snow Warriors Snowmobile Club, which puts on two or three community pancake breakfasts every season for anyone who can attend. 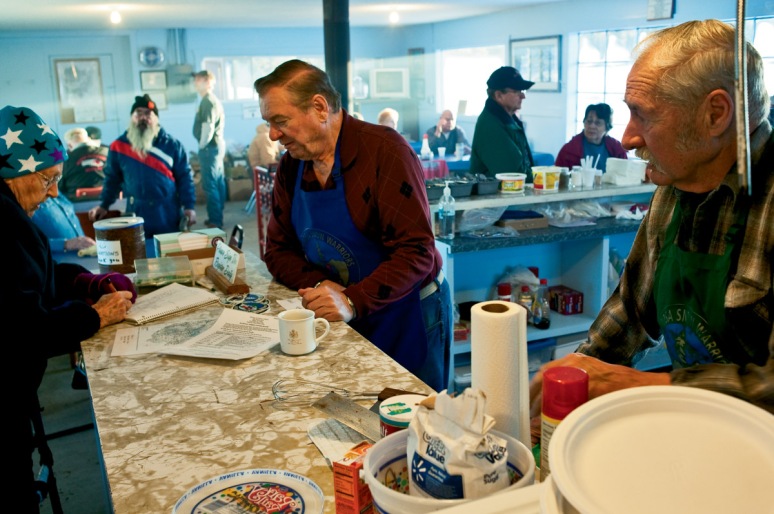 The Snow Warriors boast 250 members from Missoula, Helena and Great Falls, in addition to Lincoln, and the breakfasts feature sourdough pancakes by Bob Orr, far right, who says his batter is about 30 years old. “I just keep it in the refrigerator,” Orr says. “I add a little flour and water every few weeks. It’s kind of like a kid.” 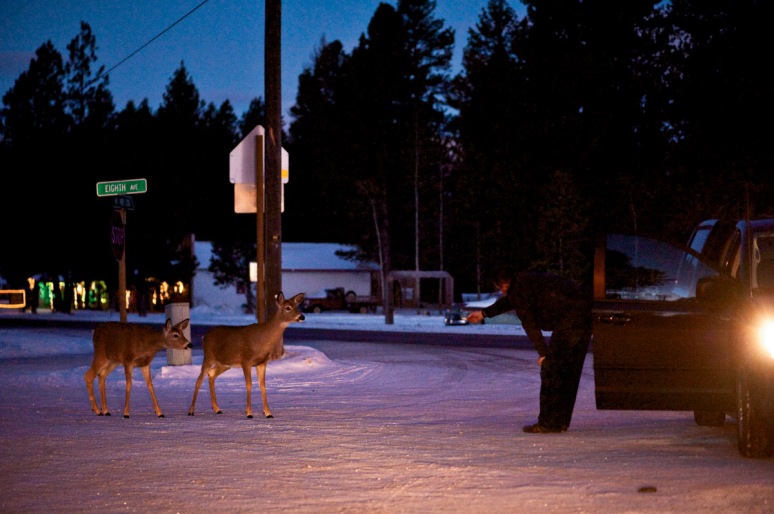 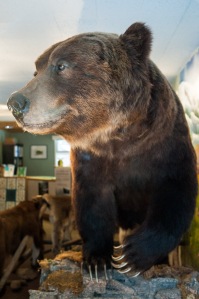 In addition to snowmobiling, Lincoln offers hiking, fishing, and hunting, though feeding the deer that often roam the streets in the predawn hours is illegal. In 2007, a pickup struck an 830-pound male grizzly on Highway 200. The bear died instantly, the driver was unhurt. Then the community got together and stuffed the bear and put it on display at the ranger station on the east end of town. 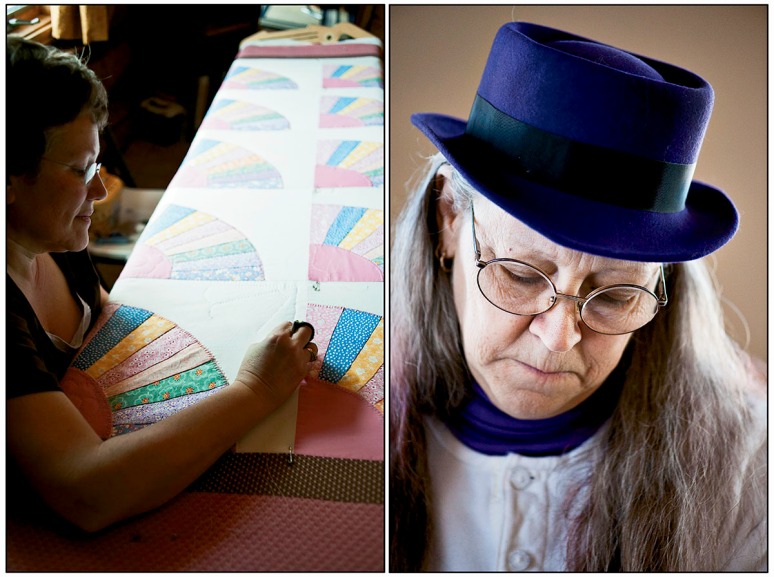 Lincoln shares a shrinking school enrollment problem with much of rural America. Carla Anderson, left, says she left her position as the school principal in Lincoln about five years ago to help care for her grandson, who needed a liver transplant. When she left, the enrollment in Lincoln was 240 students. Now it’s closer to 130.

Meanwhile, Lincoln remains a busy place. “Just about anything you can think of,” says Joy Aquino, right, while sporting one of the 200 hats she owns, “we’ve got an organization that covers it.” Aquino is a member of the Fiber Guild, among others, and says the first two weeks of every month seem to have a meeting every evening and most of the days. 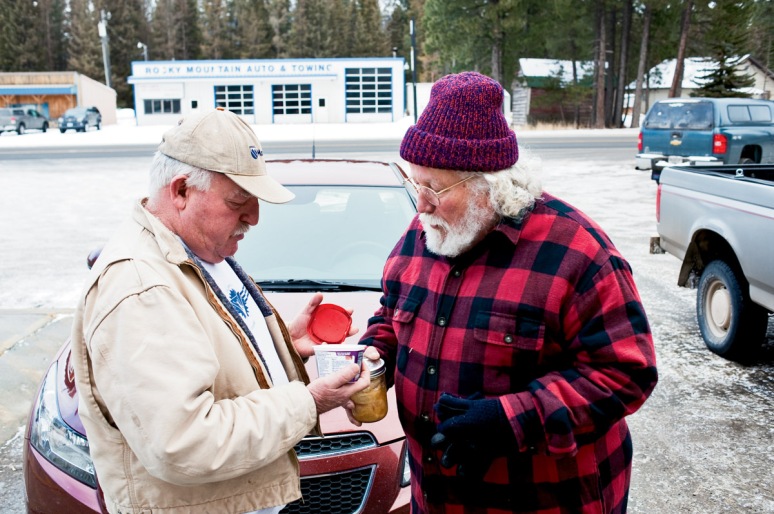 And life continues in Lincoln. It may be moving from timber town to retirement community, but maybe that’s not so bad. Denny Peterson, left, and Bob Armstrong trade bean soup for canned fish outside the Lincoln Post Office. “This is how we survive in Lincoln,” jokes Peterson. Armstrong, who says he just trimmed his beard after serving as the local Santa, has lived in Lincoln 32 years. “We like Lincoln,” he says. “It’s a nice place to live.”