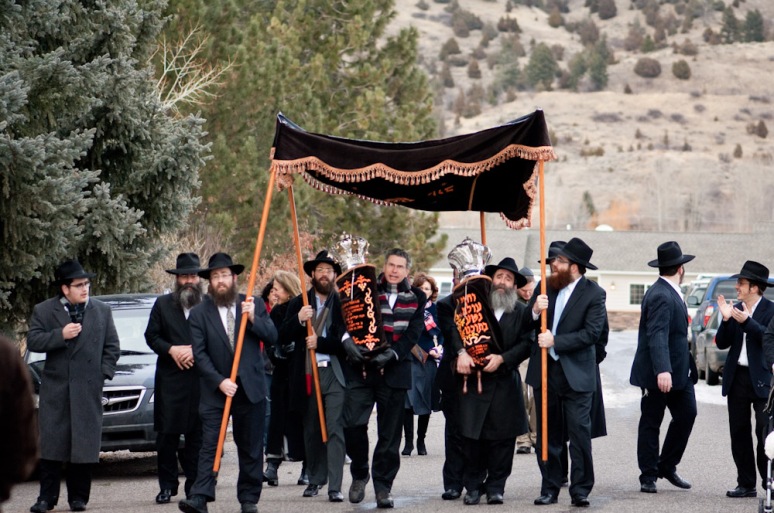 Montana and the Rocky Mountain West are a pretty homogenous region. Most of us are Anglos and those that profess a religion usually are talking about some form of Christianity. So when a new wrinkle is added to our cultural fabric, it can be a very dramatic event.

So it was on Sunday when a Bozeman synagogue dedicated two Torahs. People came from all over, including Brooklyn, N.Y., and Chicago, to attend and it was a visual feast of new sights here in cowboy country. I was there assisting my good friend Doug Loneman.

The synagogue is The Shul, and it was started recently by Rabbi Chaim Bruk who moved to Bozeman from Brooklyn. Bruk and his congregation practice a form of Judaism called Chabad-Lubavitch. They accept people of all levels of orthodoxy, according to one member I talked to. So some wear beards and black while others dress more mainstream.

There were two Torahs, both written entirely by hand. They were signed by a scribe, there was a brief ceremony, a parade, singing, dancing, then a party. And there were a ton of people, all of them happy. It was a wonderful event. I’m glad to have been there to see it.