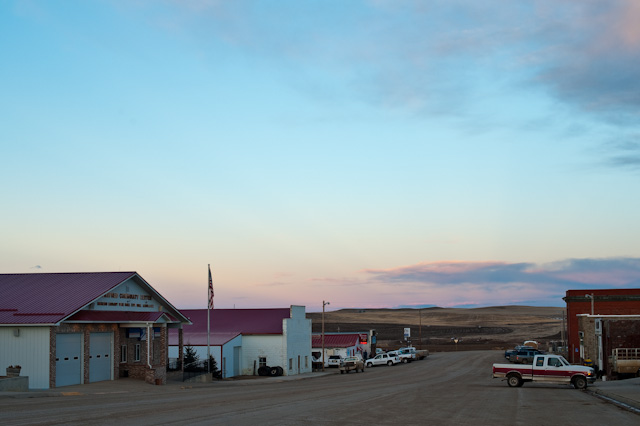 Winifred, in north central Montana, is unique among small towns in rural America in that it is actually looking forward — not backward — to better times. And that’s mostly due to the loyalty and generosity of people like Norman Asbjornson. 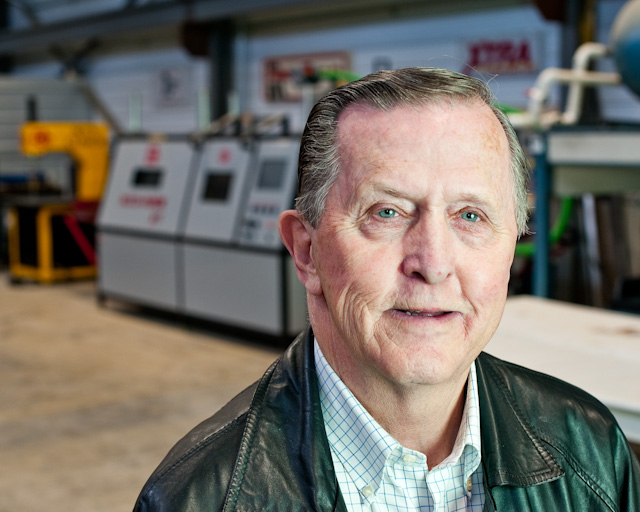 Asbjornson, 75, grew up in Winifred working in his father’s auto shop. He went to college in Bozeman, got an engineering degree and wound up doing very well living in Minnesota. But he never forgot Winifred.

“I looked around for a business I could put into Winifred to create jobs,” he says, and he started a sign shop in Winifred that will compete for work on a national level. “I go for the things most sign shops can’t afford to have,” Asbjornson says when pointing out the only vacuum former in the state, and adds that he doesn’t care much when or if he makes his money back.

Asbjornson has also built houses in Winifred to attract teachers and their families to the school and the town, and he’s put in sidewalks, paved the main road and paid for hundreds of trees to be planted.

“I have a lot of love for the town and the people in it,” he says.

One of the families Asbjornson has brought to Winifred is Gordon and Mary Wichman and their 16 kids. 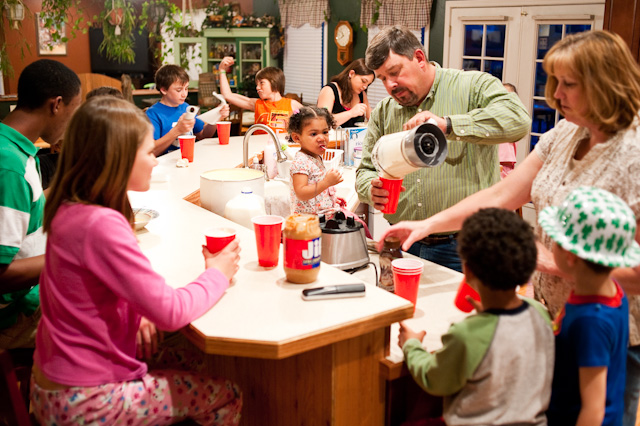 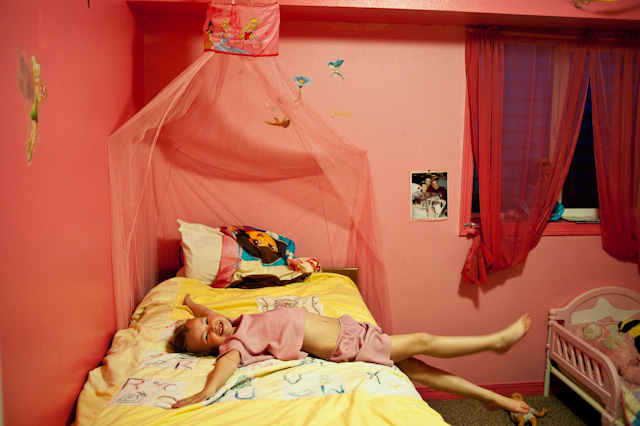 And those are just the ones currently living in the 12-bedroom, 6,000-square-foot house Asbjornson built for the Wickmans. In all, Gordon and Mary say they have adopted 14 children, been foster parents to 49 more, and had two biological children of their own.

Asbjornson recruited the Wichmans, who both grew up in Winifred and became teachers, to teach at Winifred’s school. The job didn’t open up as planned, so Asbjornson put Gordon in charge of the new sign company.

And Asbjornson isn’t the only one investing in Winifred from afar. 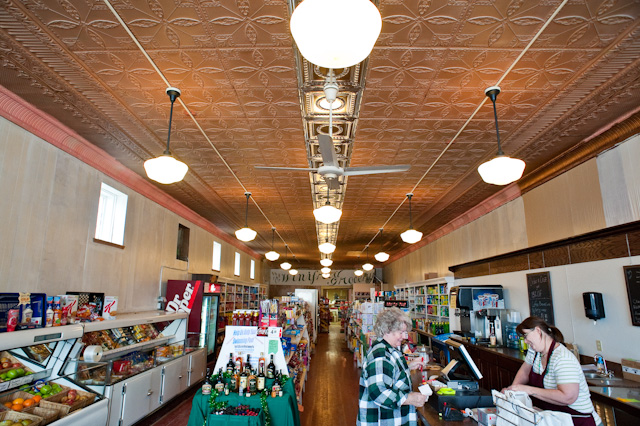 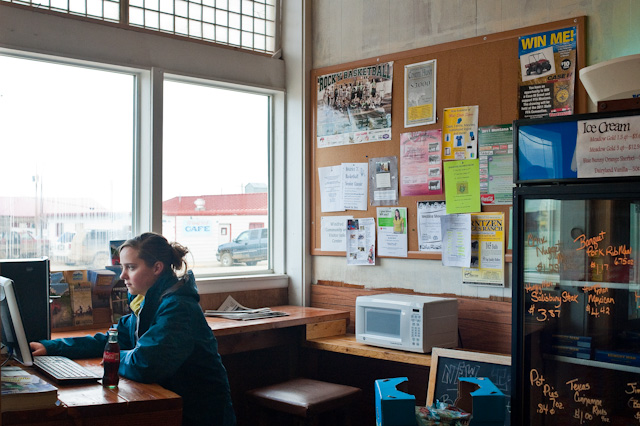 Eileen Stulc is 53 and she manages the Winifred Grocery for her nephew, who lives in California. The shop is also a deli, bakery, coffee shop, Wi-Fi station, cell phone booster, public computer, dvd rental store and liquor store. Stulc lives nearby in the house she grew up in. “I just have always liked it here,” she says. 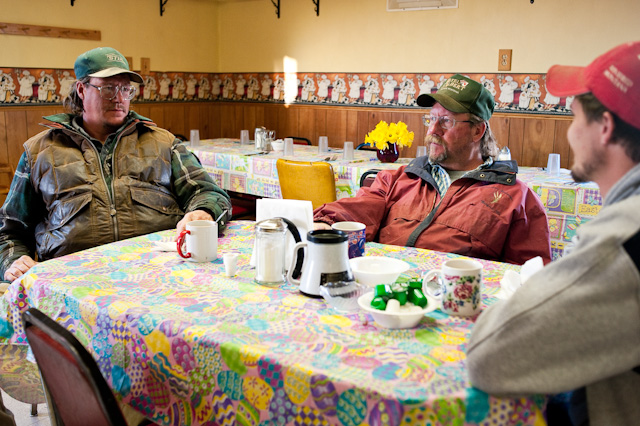 Neil Rich, center , is serving his fourth term as mayor. It was calving season when I made these pictures and Rich says he comes into the Winifred Cafe most mornings for coffee after checking on his herd. Agriculture is still big around Winifred and most families raise cattle, grain and hay. 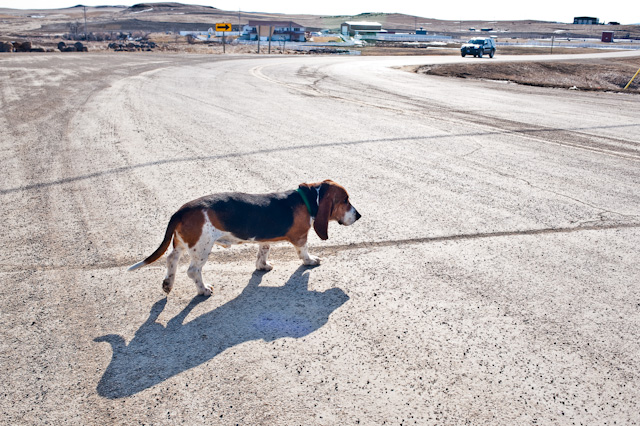 But ask anyone where the mayor is, and they’ll point you toward Beauregard, who crosses Main Street whenever and where ever he wants, and always seems to be present for big town events, like school sports.

“They just started calling him The Mayor,” says Ed Heggem of his basset hound. “I guess because he was always around. He’ll come to about anything. Food especially.”

Winifred has its small-town charms like newborn calves, the people who spend their lives connecting with the land. 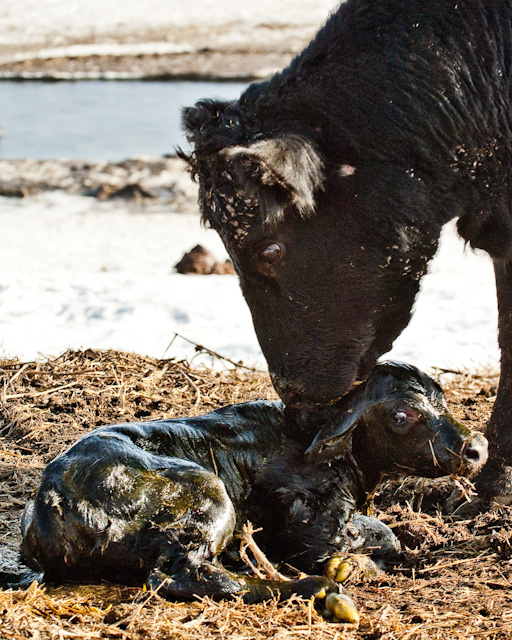 Even the friendly community bulletin board inside the new building that houses the Post Office and a museum which proudly shows off the largest collection of Tonka Toys in the world — belonging to yet another Winifred native. 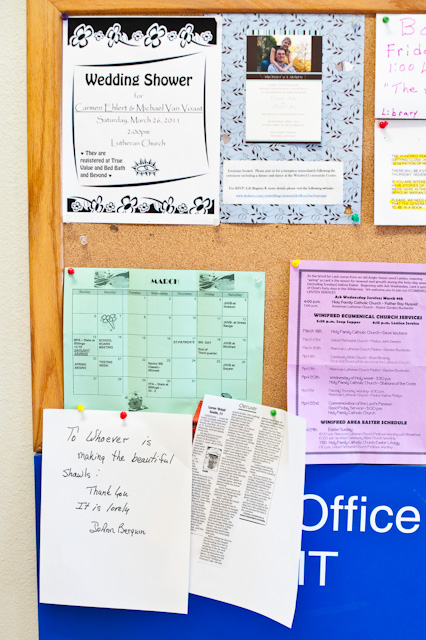 But Frank Carr sums it up best.  Carr owns the Winifred Cafe and runs a construction business in town. “A lot of other small town are going backwards. We’re going forward.” 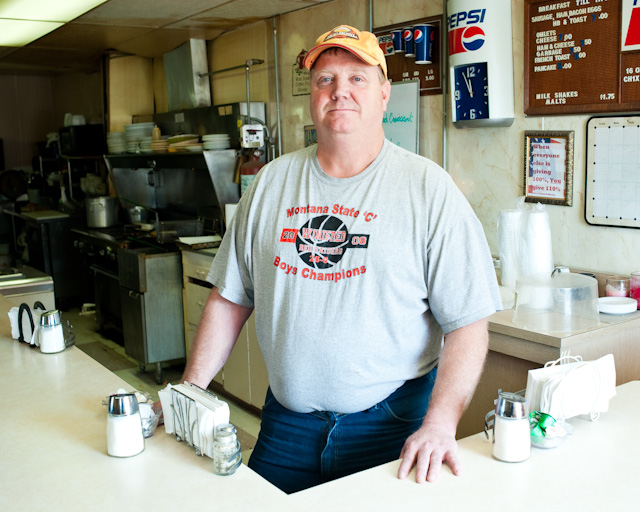 3 thoughts on “Loyal to Winifred”