The state of bees

Honey bees are important links in the food chain of the world. Not only do they supply sweet spreads for toast, they are also key pollinators for a host of crops. And they’re in trouble.

Something called Colony Collapse Disorder is wiping out huge numbers of bees around the world, including our little corner of heaven here in the United States. But scientists at the University of Montana in Missoula and Montana State University in Bozeman are at the cutting edge of finding the cause — and eventually the cure — for CCD.

According to the U.S. Department of Agriculture, bees like these waiting to be unloaded in Wolf Point, Mont., add $15 billion a year to the value of American crops. The bees pollinate crops like berries, fruits, vegetables and nuts — particularly the almond groves of California, which produce 80 percent of the world’s supply.

Honeyland, Inc., owner Craig Rodenberg says his bees travel the West during the year, as different crops come into flower. 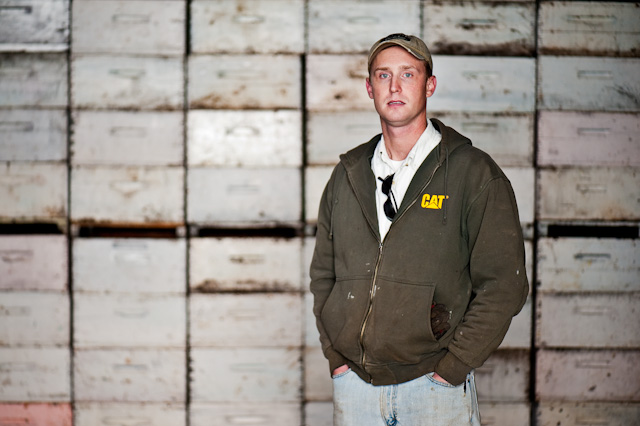 Rodenberg, 36, is a fourth-generation beekeeper in Wolf Point and also president of the Montana Beekeepers Association. “Officially, we lost 81 percent of what we sent down to California this year,” he says. “We’ve never come close to that before.” 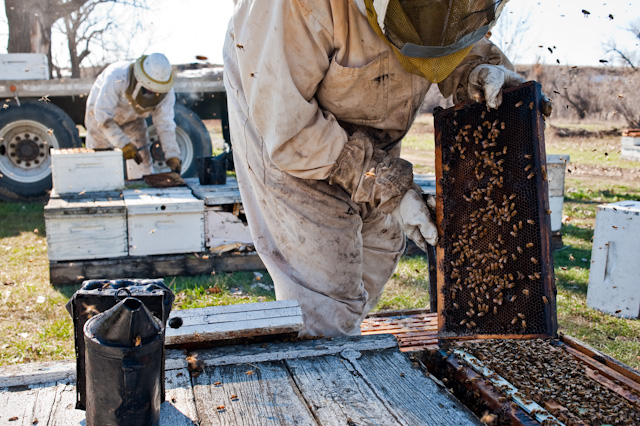 Workers scrape honey bees off of select frames inside Honeyland’s beehives. The workers replaced the nearly-empty frames with frames full of honey so that the bees would have something to feed on until nearby crops begin to bloom.

Peggy Lehmann is a senior research technician in a Montana State University lab in Bozeman. She is isolating Nosema cerabae spores from honey bees infected with CCD in order to be able to grow the fungus in the lab so it can be more closely studied. N. cerabae is thought to be one of the causes of CCD.

From left, University of Montana entomologist Jerry Bromenshenk, Robert Cramer of Montana State University and Bromenshenk’s research partner Colin Henderson are all working on identifying the cause of Colony Collapse Disorder.

Boxes of beehives await occupants at Honeyland, Inc., in Wolf Point. The hives will get new queens, purchased in an effort to repopulate after suffering decimating losses in California this winter.

A honey bee gets its bearings after arriving in Montana from a winter in California.

2 thoughts on “The state of bees”